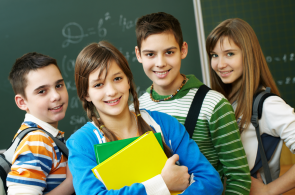 Food waste is a major issue in many countries. Most of the food that is rejected comes from uneaten leftovers. It is estimated that in Europe 89 million of food tones are rejected throughout the supply chain. It is notable that food production demands a lot of resources. Thus, we have to become responsible consumers in order to make sure that food goes to good use and to avoid negative economic and environmental impacts.

The three year EuropeAid project “Don’t waste our future! – Building a European alliance of youngsters against food waste and for new models of sustainable development and consumption in the EYD 2015” aims to contribute to concrete behaviours change of young generations, who are “today and tomorrow” consumers and future decision makers. In addition to that, the project will contribute to strengthen a common sense of active European citizenship among young people and it will encourage them to build formal or informal alliance to take actions against food waste.

CARDET participates in the project as a partner, along with FELCOS Umbria (project lead partner – Italy), University of Glasgow (UK), Agios Athanasios Municipality (Cyprus), Oxfam Italia (Italy), Associacao in Loco (Portugal), FPMCI (Italy), FAMSI (Spain), ACR (Belgium), Passerelle (France), and Comune di Foligno (Italy). In the context of the “Don’t waste our future!” project, partners will develop material that will be used for the implementation phase. CARDET is now in the process of appointing five Primary and five Secondary Schools which will participate in all the phases of this project.

This project is funded by the European Union